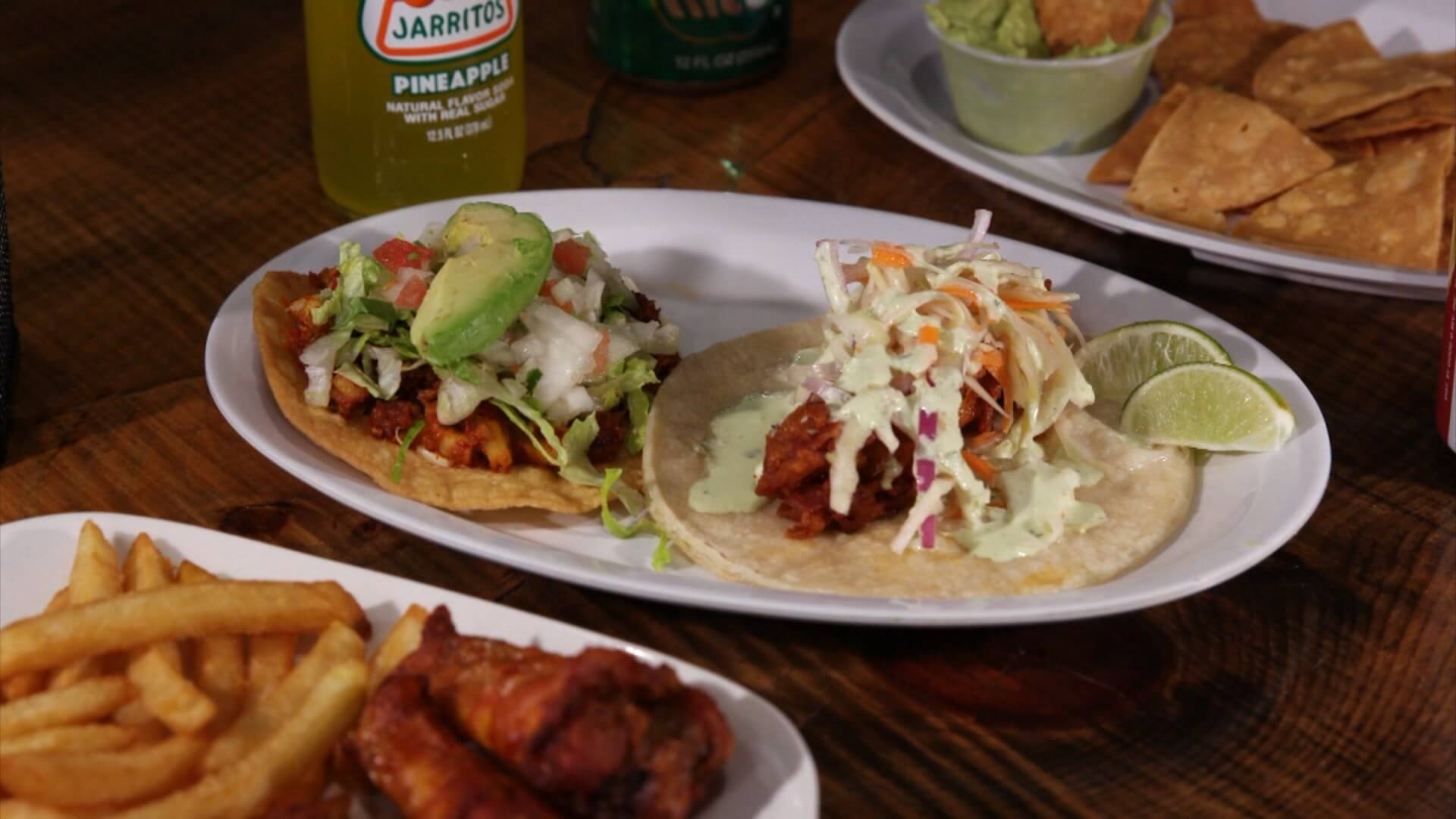 At prices everyone can afford.

Served up with plenty of personality.

Located inside this unassuming strip mall in Lawrence, Mass, Coco Ray’s is anything but your typical Mexican Taqueria.

Raymond Gonzalez – Owner, Coco Ray’s: “This is a Puerto Rican meeting Mexican food. We call it a Borinquen Taqueria. Borinquen is a word for Puerto Rican, influenced by Mexican food, but infused with Puerto Rican flavors. We have more that Caribbean taste. It’s just an impact of assortment of flavors just brings out the best of any meats and whatever other food that we have here.”

Raymond Gonzalez – Owner, Coco Ray’s: “Heavily family oriented for sure. It’s all family based. So when you have something like that, that’s when you know you’re going to get the best results, because our heart is pouring out into this.”

And customers can taste that home cooking in every dish.

Raymond Gonzalez – Owner, Coco Ray’s: “The best compliment that we ever get is when they come in and it’s like, ‘Oh, I feel like I’m in my mother’s house. I just felt like at my grandmother’s soup.’ Or ‘wow, it’s no difference from me walking away from my mom’s kitchen.'”

Everything on the menu at Coco Ray’s is served fast and affordable. And while there are plenty of delicious options to choose from, Ray thinks his tacos are tops.

So what makes them so good?

Raymond Gonzalez – Owner, Coco Ray’s: “The most important thing is how you grill it. The best taco you could ever get, enough oil on it, off the grill where they’re nice and flimsy, they’re not too crunchy, they’re not overcooked. And then that’s when you throw the meat on it. You can’t go wrong with whatever meat you have here.”

And you can’t go wrong with fish either.

Raymond Gonzalez – Owner, Coco Ray’s: “What we do is Haddock. It’s a nice filet, about six inches. We deep fry it with our own beer batter, and we also top it off with our own pickled cabbage and a yogurt lime sauce. It’s fresh. It’s like biting into the ocean.”

Tacos here cost just a few bucks, but if you’re really on a budget, they also offer mini tacos, with fillings like marinated pork, chorizo, or veggies, for just a dollar a piece.

Raymond Gonzalez – Owner, Coco Ray’s: “Not too many people have them. They’re economical. It’s unheard of. You’re not gonna find a taco for dollar anywhere.”

Raymond Gonzalez – Owner, Coco Ray’s: “It’s probably the best representation that we could give here. Like if anyone asks, that’s the best thing to hand out because the presentation alone, it’s inviting.”

For something a little larger, there are overstuffed Burritos, Roasted Chicken with Fried Plantains, and an outstanding Steak and Cheese Torta on fresh bread from a local Caribbean bakery.

Raymond Gonzalez – Owner, Coco Ray’s: “First we throw it on the grill, melt the cheese on it. Take it off, top it off with steak and onions. Whatever toppings you like, lettuce tomatoes, onions, avocado, guacamole, and it needs to get topped off with a mayoketchup. Then we put it back on the grill because it’s not a Torta unless you give it that flattening and crunch off the grill. You need to grow those bad boys the right way. And when you bite into that, once you hear that crunch, you know you got yourself a good Torta.”

In fact, Ray thinks this Torta puts the standard Steak and Cheese to shame.

Raymond Gonzalez – Owner, Coco Ray’s: “Our Steak and Cheese makes a steak and cheese look like, I don’t know, like a hockey puck hamburger I guess if you will. No disrespect to other steak and cheeses, because I’ve eaten millions of my life, but this is in a different level.”

And Coco Ray’s is a restaurant on a different level, with flavors that burst in your mouth, and portions that fill your stomach. at prices that won’t empty your pocket.