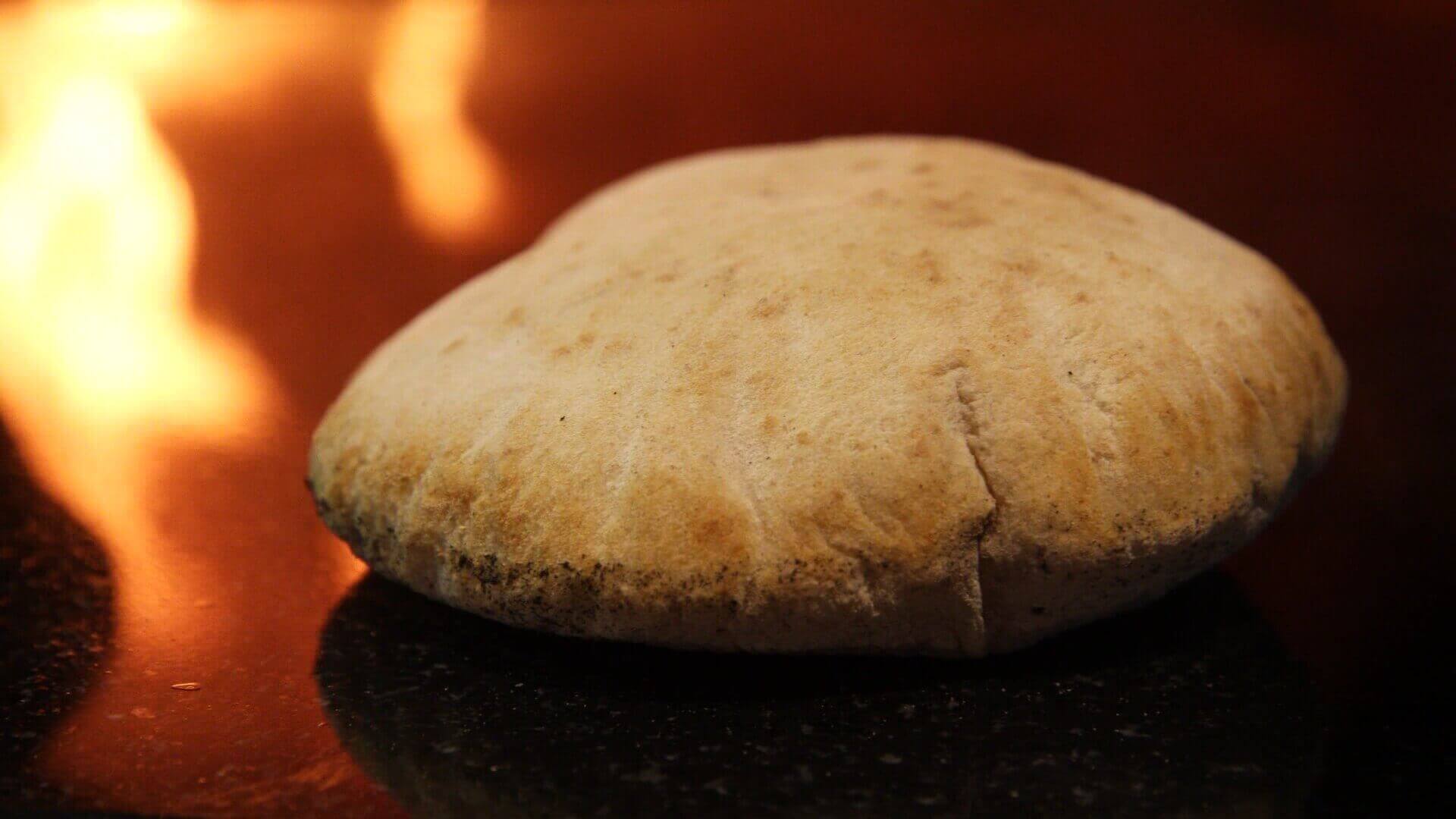 Fried chicken. Fresh-baked pita bread. And fantastic vegetables dishes. It’s the kind of food that everybody can enjoy. But you probably haven’t experienced these types of exotic flavors and exciting preparations. And that’s because at Simcha restaurant in Sharon, Massachusetts, Chef Avi Shemtov is inspired by the dynamic and delicious cuisine being served today in Israel.

Avi Shemtov: “So Israel is a real culinary melting pot these days, the folks that are in Israel right now have been there for, say 70 years, and they came from Europe, they came from Yemen, they came from Iraq, Iran, Persia. It’s a real true fusion. We want to push the envelope, but without making people uncomfortable, there’s a lot of technique or spice blends that sound scary. But at the end of the day, it’s just really tasty food.”

It certainly is really tasty. And it’s also extremely fresh, sourced from local New England farms. So every bite at Simcha is designed to bring a smile to your face.

And you’ll jump for joy the second you taste Simcha’s signature pita bread, which is made from scratch and served hot and fresh from their custom-built 900 degree wood-burning oven.

Avi Shemtov: “Rip the pita bread open. Be aware that there’s going to be some steam, it’s going to be hot, and then use it as your spoon. The cool thing about the pita is it does have a pocket, and as you rip at it, you want to keep the small pieces that have pocket, so you’re grabbing the hummus and scooping it up. It’s warm, it’s fresh. It’s always going to be better than the stuff coming out of the grocery store.”

And good luck trying to find a jar of hummus that tastes anything like Simcha’s signature recipe.

Avi Shemtov: “Our hummus is one of the coolest things I think on the menu here at Simcha, because it’s always made from beans grown in Maine by the folks at Bears Best Beans. A lot of times we’re using what’s called a bumblebee bean. To me it’s very special that we’re using beans that only grow here in New England. I think there’s something very Israeli about using a product that’s local to us.”

And that fusion of Middle Eastern flavors with American influences is on full display in the deliciously addictive Yeminite Fried Chicken.

Avi Shemtov: “Our Yemanite fried chicken is a thinly veiled copy of Nashville hot chicken. We get our chickens from a farm in North Reading, and we bring in 30-50 chickens a week. It’s tender, it’s juicy, Heat is something that that’s obviously very Israeli. So here we make zhug, which is a Yemenite hot sauce, and we found that by folding it into chickpea flour in a batter, we were able to make this very Israeli Nashville hot chicken.”

On the side or as a starter, vegetables are some of the highlights of the menu. There are Moroccan spiced carrots finished with with local honey and tahini sauce. Egyptian style beets. Chickpea fries topped with tender, shredded beef short ribs. And the ultra-popular Brussels Sprouts.

Avi Shemtov: “Brussel sprouts are probably the best thing on the menu here at Simcha. We deep fry them until they’re crispy on the outside and sort of puffy on the inside. We toss them in Bulgarian feta and our garlicky tahini, serve them just like that. They’re ridiculous. The brussel sprouts are a reason to come here by themselves.”

And for something truly unexpected, check out the handmade butternut squash gnocchi.

Avi Shemtov: “We’ve got somebody here on staff, one of my sous chefs, Frank Drury, who just makes the best gnocchi I’ve ever had in my life. One time just messing around, he made me some and I told him it was one of the best five things I’ve ever eaten in my life. So when we opened Simcha, I told him we’re going to have to find a place for the gnocchi to go on. It’s just this incredibly tender potato gnocchi, that’s pillowy, it’s as good as gnocchi you’re going to have. It sits in this really rich smoked butternut soup-like sauce that, they’re meant to be together.”

With it’s stylish decor of wood and stone and laid back atmosphere in the dining room and at the bar, Simcha has become a popular spot for Sunday brunch, especially for the Shakshuka.

Avi Shemtov: “If I could cook one thing, the rest of my life would be shakshuka, very garlicky, tomato. We put goat cheese or feta on top. It’s typically finished with poached eggs that are runny. It’s a beautiful dish to get with warm pita. The shakshuka is the best thing in the world to dip pita bread into. If you’ve never had shakshuka for brunch, shakshuka and brunch are designed for each other.”

And for guy who grew up cooking in his father’s restaurants, inspired by his grandmother and his family heritage, Chef Avi brings some serious “Simcha” to Sharon.

Avi Shemtov: “I’ve been cooking since I was four years old. I love food, I love cooking. To me there’s just really no greater feeling of accomplishment than to make something that speaks to somebody else’s soul. I don’t want to make it sound like it’s more than it is. But as somebody who’s used food as an art form, for me, there’s no better feeling than to feel that somebody appreciates your art.”