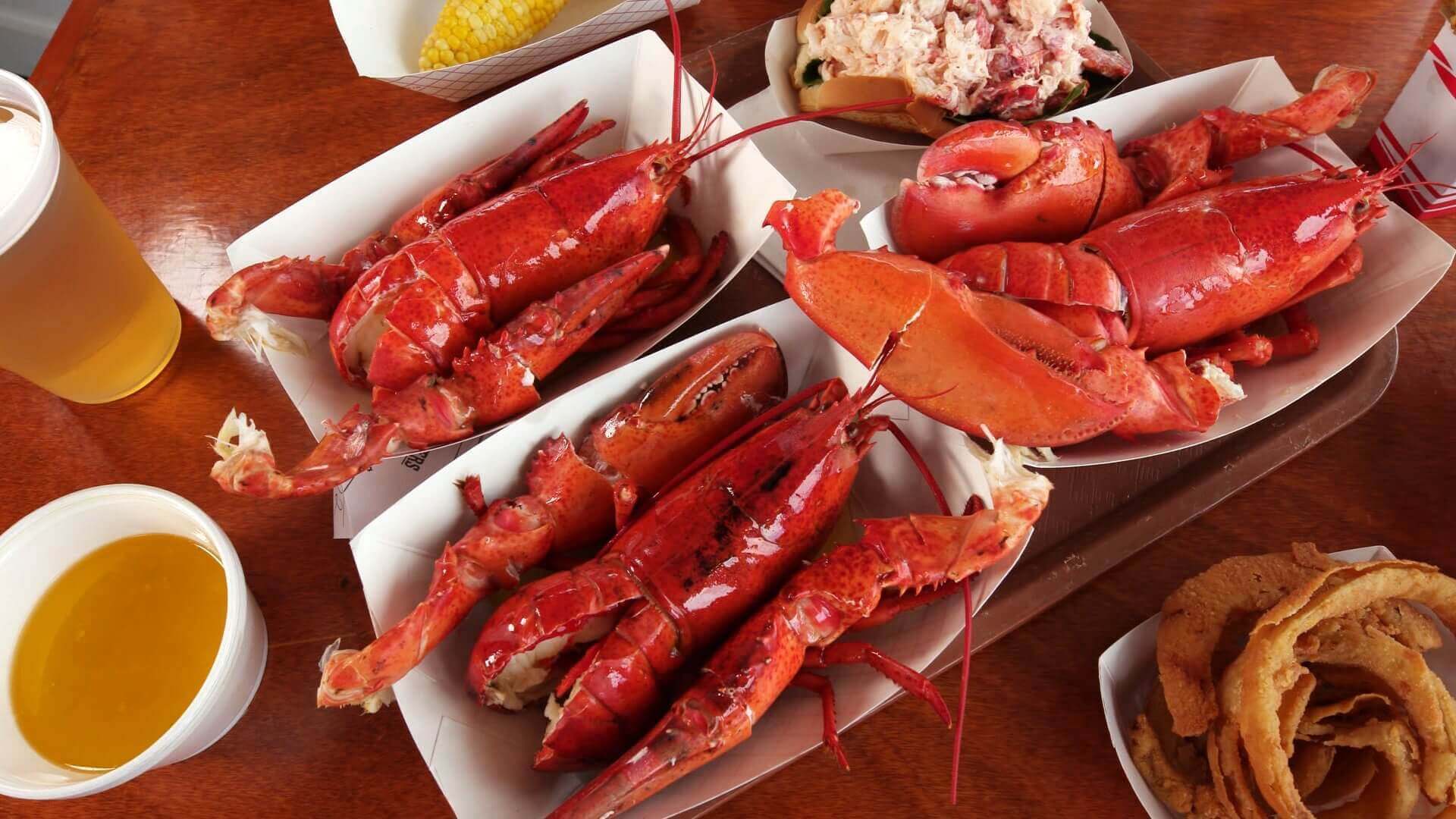 It is a landmark. We’ve been here 48 years and it’s a seasonal business. People love coming here, picking their own lobster, having fried clams, having lobster rolls, having all kinds of seafood.

I love you, New England.

This is the kind of restaurant that people return to summer after summer. They always get the same food and they always see the same smiling faces from the [Markey 00:00:32] Family, Tom Markey and Joyce Markey. They are always working here, and they’re always trying to make everybody happy by serving the kind of food they’ve been having for generations.

It’s a unique experience. It’s fun to see people from the Midwest come in and have their first lobster, and hopefully they enjoy it. It’s an experience. People will be lining up to have lobsters at 10:30 in the morning. A true lobster lover just enjoys lobster.

The first thing a lot of people think when they come to Markey’s is do I want a lobster or a lobster roll? And I say can’t we have both?

Now, the lobsters here are cooked in seawater. What does that do to the taste of the lobster?

Oh, I think it gives it an extra, extra superb flavor.

For those who are true lobster lovers like myself, you don’t need anything fancy. You just need a great lobster and a simple preparation, maybe a bib and some butter, and you’re in business. Markey’s does lobster the way they’re supposed to be done. Caught fresh, stored in cold water, cooked in seawater, and served straight up, ready to crack it, dip it and eat it.

The quintessential New England summertime food is the lobster roll and nobody does it as good as they do at Markey’s. It’s completely traditional, completely old school.

Our lobster roll is toasted, And we use sweet, fresh lobster, and we fill it as much as we can. It’s excellent.

Before I attack the whole roll, I’ll just have the big old claw right off the top. It’s just summertime in a bite.

You want to taste some summertime in New England? Get a fried seafood platter. It has everything you would want to eat in a beautifully crispy, crunchy coated exterior. You have your fried clams, your fried scallops, your fried haddock, some onion rings, some French fries. They even have some fried lobster. Yeah, I said fried lobster. You know how you make lobster taste better? You batter it and you fry it, and it is incredibly sweet, crunchy and delicious. That’s how Markey’s does everything.

Now, a lot of long time Markey’s customers swear by their chowders and their bisque. All the tourists that come, they get the clam chowder and it is a great one. A lot of the traditional lists, the old timers, they go for the fish chowder. Has a ton of fresh fish in there, but I always go for the lobster bisque. This is a lobster place anyways, right? So they go through so much lobster, you get tons of depth of flavor and even though the broth is a little thin, it is packed with huge chunks of fresh lobster meat.

Can I get a fried seafood plate with the fried lobster? Give me a clam chowder, a fish chowder, and a lobster bisque. I’ll also throw in some corn in the cob. I’ll get fries with a combo platter, but also give me an extra set of onion rings.

For anybody who is Markey’s rookie, first thing you got to know is how to order. There are three different stations depending on what you want to eat. This is the first one you see. You come here, you got your fried seafood, your sides, and your sandwiches.

Right next door is your lobster pool. This is where you go if you want a pound, a quarter pound and a half, two pound lobster. You got your tanks behind me. Pick out your lobster. I think I want to do two small lobsters and one two pounder.

When it’s the weekend and you have some time, and the sun is shining, and you say where should we go today? You come right here. You come to Markey’s and you will not be disappointed.