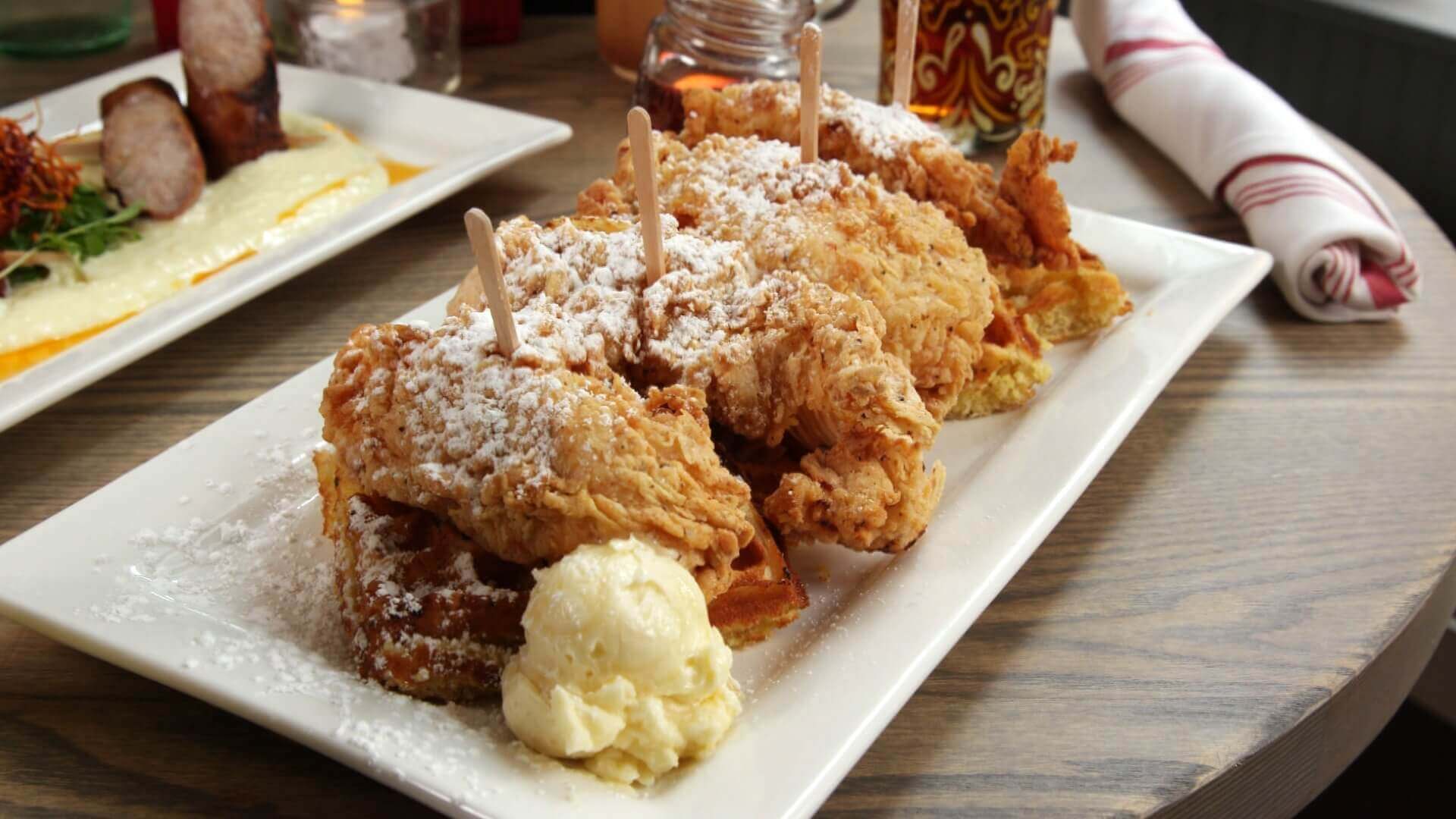 This is G’s Restaurant. And these are the G’s.

Denise Gaiero – Owner, G’s: “G’s stands for our last name. We’re Gaieros. I’m Nisey G, and my husband is Mattie G. Our dog is Chico G. But, we’re the Gaieros.”

Denise Gaiero grew up in Texas. Her husband Matt was born and raised in the Bay State. And after spending some time living and working down in Austin for a few years, they decided to move up North to open up their own Southern-style restaurant on Washington Street in Haverhill, Massachusetts.

Matt Gaiero – Owner, G’s: “A little bit of barbecue, a little bit Tex-Mex, some southern cooking… So we say Texas southern flare, we have a big emphasis on local. We use local purveyors. Our ice cream is local from Carter’s Ice Cream. Our bread is local from Fantini Bakery. Our sausages are local from Haverhill Beef. Just local ingredients, local farmers, good food, good portions, friendly.”

Michael Cerasuolo – Head Chef: “I’d say it’s Tex-Mex with a little New England flair to it. Just try to focus on fresh, seasonal, and local. Like grandma’s cooking, when you’re hand-breading chicken… and doing everything from scratch, it just puts a little extra love into it. It doesn’t take a lot to make something taste good when the ingredient itself is great.”

And here’s a perfect example of what G’s all about: the sweet and savory Chicken-N-Waffles.

Michael Cerasuolo – Head Chef: “The chicken is actually Murray’s Chicken out of Northern Pennsylvania. It’s an all natural, antibiotic free, free-range chicken. It’s a cornbread waffle with buttermilk soaked tenders… Drizzled with Vermont maple syrup and served with smoked honey butter. And the honey is also local from Carlisle Farms down in Southern Mass.

And heading even further South, check out the so-called Corpus Crispy Chicken Sandwich.

Denise Gaiero – Owner, G’s: “I did name it after my hometown. I’m from Corpus Christi, Texas. Born and raised. My family still lives there.”

Denise Gaiero – Owner, G’s: “But people love it. It’s a great sandwich. It’s big. I’m so surprised that people can actually finish that thing, because I can’t finish that. It’s huge.”

For a hugely satisfying appetizer, check out G’s signature “Shrimp in a Jar”, layered in a masor jar with chilled baby shrimp, homemade lime cocktail sauce, and an infusion of mesquite smoke.

Denise Gaiero – Owner, G’s: “When you open up that jar, that mesquite smoke comes out of it. You smell it right at the table and it’s swimming in cocktail sauce, just like I want it. It just takes the shrimp cocktail to a different level.”

The same can be said about the Barbecue Smoked Sausage Bites, which are presented over ultra-creamy gorgonzola and parmesan grits. And then there’s Chico’s Barbecue Platter, which boasts sausage, cole slaw, homemade macaroni and cheese, and some of the best brisket this side of the Lonestar State.

Denise Gaiero – Owner, G’s: “I grew up with my dad making brisket in the backyard in the barbecue pit. You just let it sit for hours, hours, hours, and finally we’d would get to eat it. And it was just so amazing. It’s just such an amazing cut of beef, and people don’t really know about brisket, you know, around here.”

Michael Cerasuolo – Head Chef: “It’s got a nice flop to it, it’s juicy, it’s not too dry, not overly rubbed. Not overly complicated. Juicy. Smoky. That’s really it.”

And if your body is craving some beef for brunch, the Cure Burger has everything you need.

Matt Gaiero – Owner, G’s: “So the Cure Burger is your Sunday morning. You might have gone out the night before, had a couple of drinks, you need something in your system.”

Denise Gaiero – Owner, G’s: “I could only eat a quarter of it. It’s huge. It’s filled with everything. It’s got brisket, hash, sausage, bacon, egg, cheese, with some Bearnaise sauce and I’ve seen people actually eat the whole entire thing. I don’t know how they do it.”

It’s even more shocking that so many customers order dessert here, but they are worth ordering, especially the Mason Jar Banana Cream Pie layered with ‘Nila wafers and house-made whipped cream. So it’s Southern style food, served with a capital G.

Denise Gaiero – Owner, G’s: “Southern hospitality at it’s best. 100%. When they walk through that door, I want everybody to just leave the world o